On the back of Intel’s muted launch for the Xeon E3-1200 v5 platform, the server based business units from normal motherboards consumer facing companies are announcing their C230 series. We covered GIGABYTE Server’s offering in a previous pipeline post, and next up comes ASRock Rack with ATX, microATX and mini-ITX offerings for workstations set up for server-based airflow.

First up is the full ATX model, giving support for dual PCIe co-processors at PCIe 3.0 x8/x8, dual Intel networking (I210 and I219), another PCIe 3.0 x4 slot from the chipset, a total of eight SATA ports with SATA Express in there as well, an onboard USB 3.0 Type-A port and eight other USB 3.0 ports through two headers and a four ports on the rear panel. 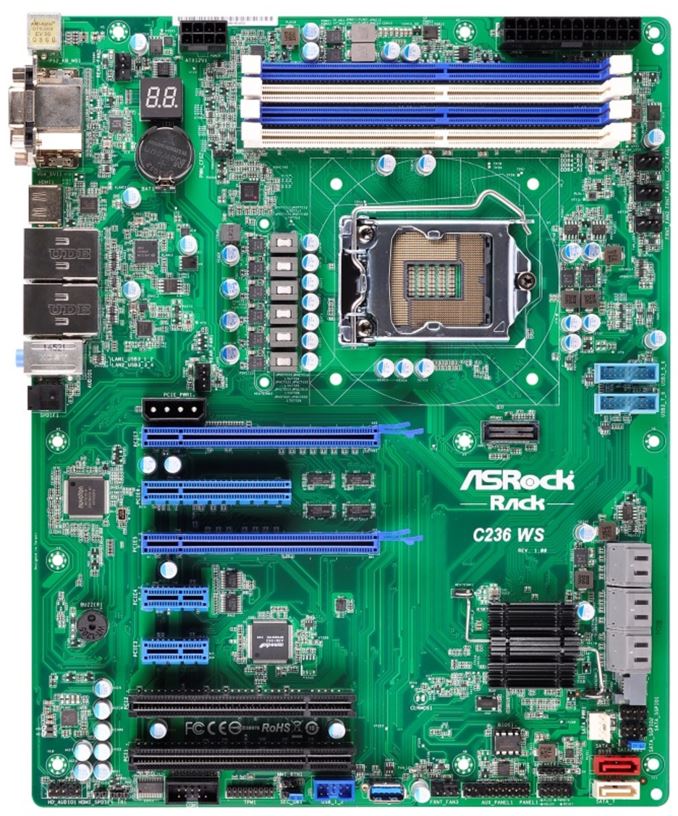 Compared to the consumer ASRock motherboards, this is eminently more clinical and aimed at its specific market – there is low end onboard audio (ALC662 or lower), COM and TPM support, display outputs and PCIe to PCI bridges for legacy connections.

The micro-ATX member of this family carries over a number of features, such as the dual networking (this time I219-LM and I210) and eight SATA ports, but also implements an M.2 connector and a SATA DOM. Audio is boosted up to at least the ALC892 with 5.1 support, and the power delivery on the processor gets a heatsink for good measure. Perhaps surprisingly we see a total of six fan headers as well. 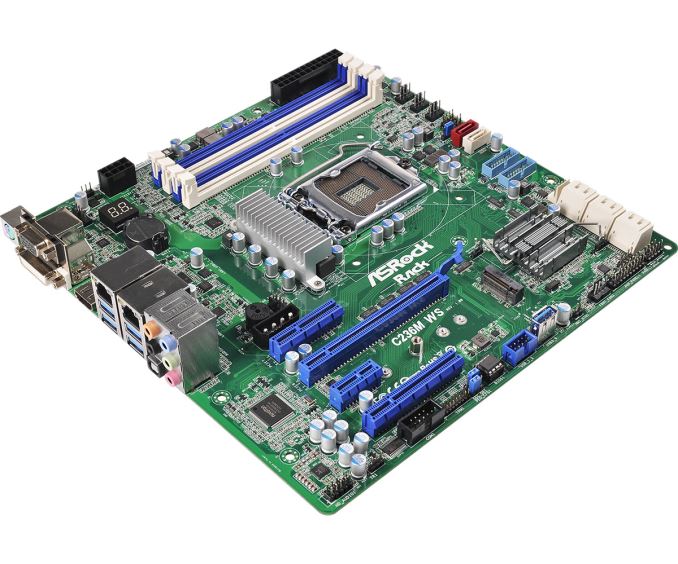 Despite the layout of the PCIe slots, the bottom open-ended x8 is part of the CPU lanes, offering x8/x8 configuration with a PCIe 3.0 x4 at the top from the chipset. Unfortunately, despite the free PCIe lanes in the system, that M.2 slot is only geared for PCIe 3.0 x1 bandwidth.

Similar to the boards from GIGABYTE Server, the smaller mini-ITX one is the more interesting out of the set. Here’s a small board with support for up to 32GB of ECC DDR4 memory, a total of eight SATA ports, dual network controllers (again I219 and I210), a full PCIe 3.0 x16 and a rear-IO COM header. 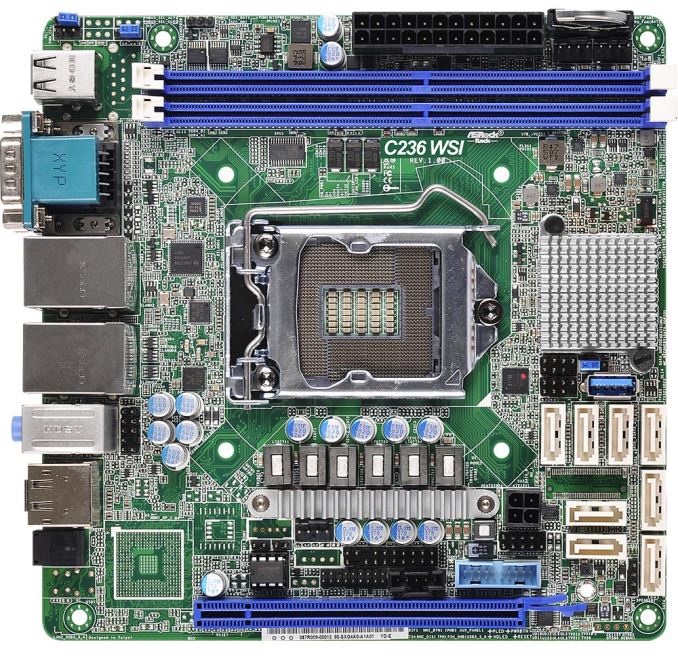 There’s an interesting large gap in the bottom left however, showing solder pads but no integrated chip. The size of the pad suggests that there is room here for an Alpine Ridge controller, suggesting that in the future there might be a version with either USB 3.1 or Thunderbolt 3.

Availability of these motherboards will be dependent on B2B distribution channels, although we might see one or two filter into commercial channels as well.