As one gets older, or designs PCs for certain users in mind, how much power is being consumed is a key metric. The easiest piece of equipment to use is software, which gives a value but is known for being abstracted from the true value and often wrong due to bad assumptions. The next step up is using a cheap $20 or less wall meter, which most people do, although those readings are skewed by the efficiency of the power supply or assume a constant voltage from the mains. The best reading is at source, and actually probing the component being tested, although that requires digging in with voltage probes on the hardware level. There should be a middle ground, and we saw it back at CES 2015 with Cooler Master.

Back then, we saw an early prototype. The power supply was outfitted with an ARM based microcontroller that could measure certain points of the power supply, giving voltage, current and power at each of those points. This data could be gathered by software using USB, or to another device using Bluetooth because the power supply also had Bluetooth. The idea was that the PSU could be monitored on the system when powered on, or a user could log in to a home server connected via Bluetooth and check via the app.  At the time I mentioned a few things regarding power testing and laid a number of demands on the table which would help me in my testing. One of the most pain staking jobs in PC hardware reviewing is power measurements, so anything to simplify that was going to be helpful. 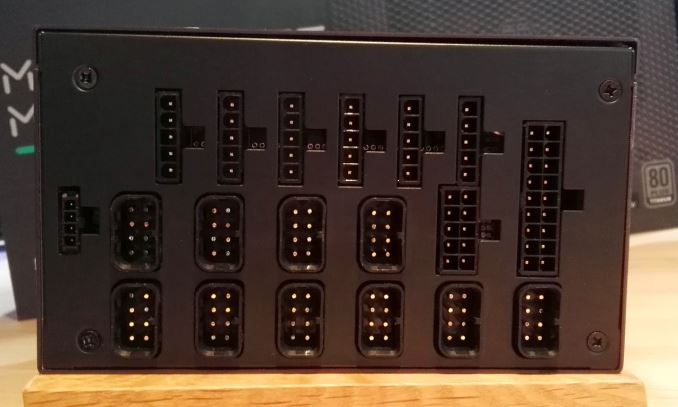 Fast forward twelve months, and Cooler Master is 90% there. The hardware is done, and the model they had on display is a 1200W unit using custom connectors to reduce impedance and power loss, particularly to PCIe power connectors. The ARM based module inside had increased in scope, measuring more points with a 500 millisecond resolution and to a higher accuracy. The Bluetooth module is still in play, connected via USB on the rear. 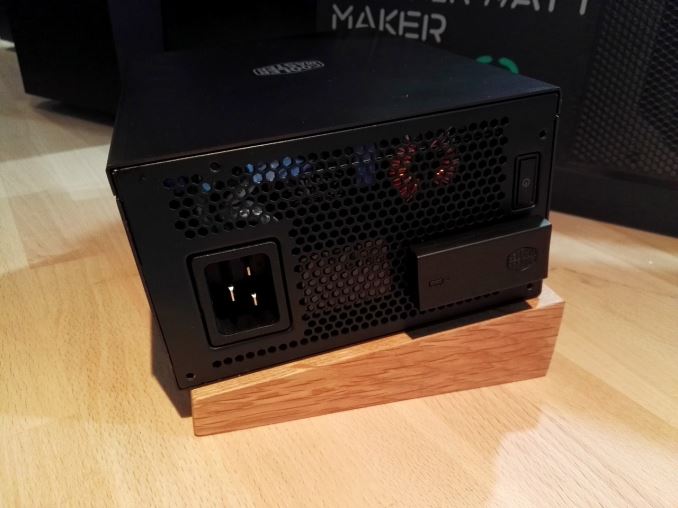 The last piece in the puzzle is software, which CM says will be ready in weeks. The tool is similar to the app, allows tracking, alerts as well as recording power consumption, showing you how much energy is used per day/week/month. I reiterated my requests, similar to when I did in 2015, such as command line recording per-rail and per-port or perhaps some form of server level and command line control. Compared to last year, because CM is so close, they are being very receptive to my ideas, and I am genuinely excited (although I do accept that the use pattern of a PC tester is different to a casual user). If I can test power at his level, I have some hilariously titled graphs in the pipeline worth waiting for based on the data. 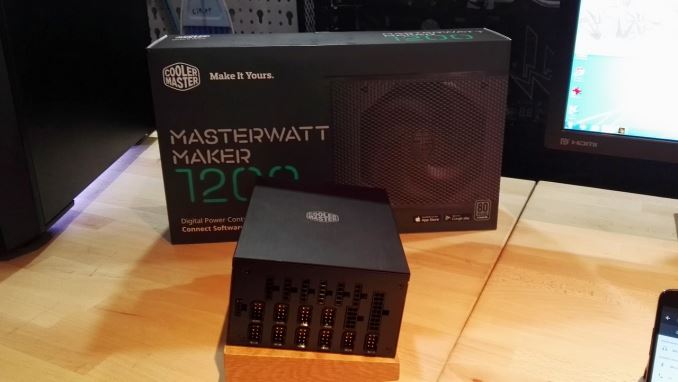 I probed about models, and CM is aiming super high end with the MasterWatt Maker line first. That means a 1200W unit and a 1500W unit, starting north of $500, which relies on systems using three GPUs or dual processor and dual GPU arrangements to get the most out of it. That being said, I can imagine compute projects and design studios wanting to keep tabs on power consumption and this (when LAN/server monitoring is integrated) can give system admins some idea of how the PCs on the company network are playing, or which ones need pre-emptive replacement.

Stay tuned. I’m working with CM to make sure they can configure their hardware tools to allow us to grab the data we need to get a better understanding of the products we test.