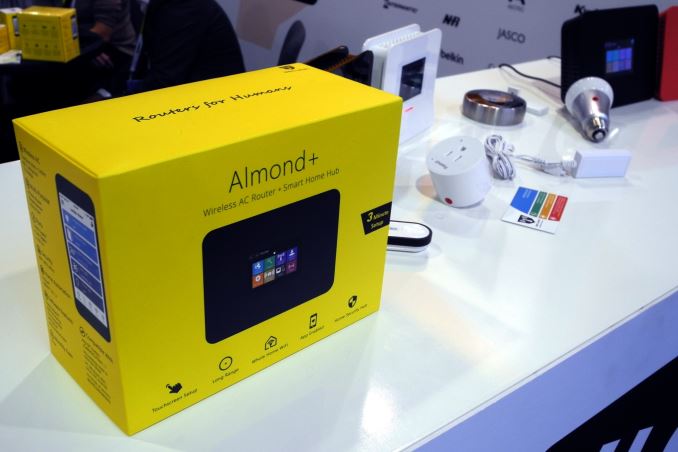 Securifi is famous for bringing out the world's first commercially available touchscreen router. We have covered them a couple of times in the past. They were one of the first vendors to realize the potential of integrating radios for home automation protocols (ZigBee and Z-Wave) in a wireless router. Google also seems to be adopting this strategy with the OnHub routers which integrate Bluetooth and 802.15.4 support.

Securifi's family of routers (the Almonds) consists of two product lines - one targeting the high-end market and the other aiming to be more affordable. At CES, Securifi launched the Almond 3, a new member in the second category. The following extract from the press brochure shows how the currently available models compare against each other. 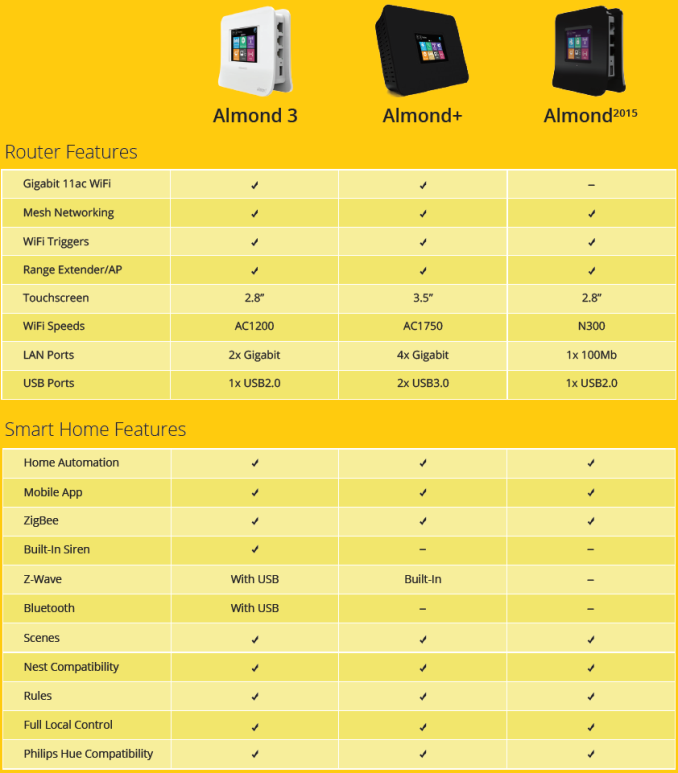 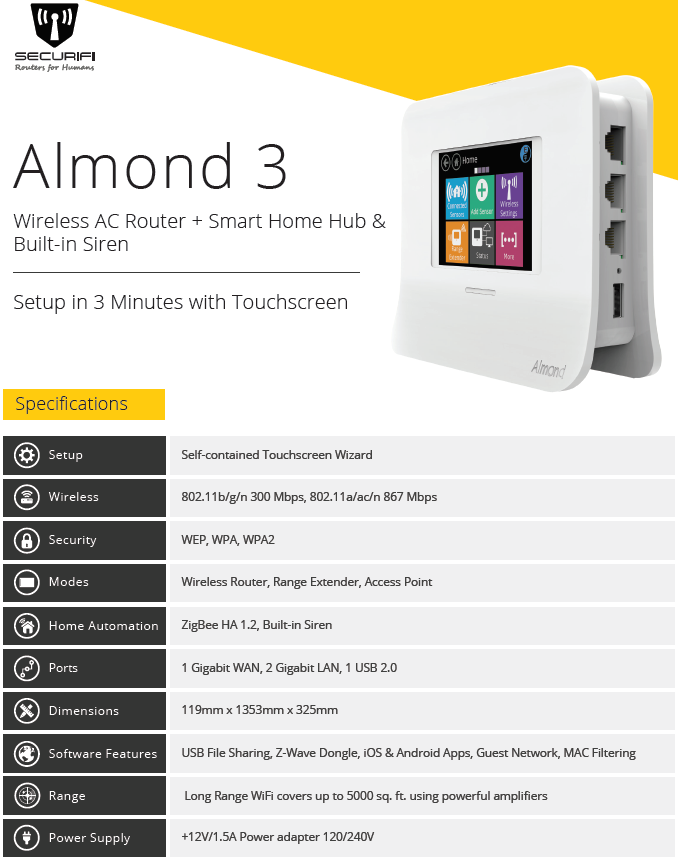 The above specifications indicate that the Almond 3 is a definite step up from the Almond 2015, which was a 100 Mbps N300 router. The built-in siren enables some interesting scenarios, particularly as a security alarm when combined with ZigBee door / window magnetic reed sensors. Considering the specifications and the focus on user experience with the touchscreen interface, the Almond 3 targets the average consumer.

Integrating home automation radios in the hardware for the router is only one side of the equation. Other vendors (like Google via TP-Link and Asus and TP-Link itself) have also started to explore this area. The other important ingredient for market success is the user experience. Perfecting the web user interface as well as the mobile apps is a challenge, particularly when home automation is involved.

At CES, Securifi demonstrated their mobile app, and I have to say that it has one of the most user-friendly interfaces to setting up the 'rules and scenes' (i.e, how changes reported by one sensor (or, even just the time) can be used to trigger events in other connected devices). They also talked about an innovative idea for implementing geofencing by recognizing the connection status of the user's smartphone in the router.

Securifi has also opened up their Websockets API. This should help power users and third-party developers to interface with the Almonds / home automation devices and develop their own applications. The other important takeaway from my conversation with Securifi was that they have implemented full cloud-less control of all supported home automation devices on all the Almond routers. I have always been a big proponent of isolating home automation devices from the Internet for security and reliability purposes. Power users on the go have multiple ways to obtain access to the home automation controller (in this case, the Almond device) over the Internet - including, but not restricted to, running a VPN server in the home network. On a general note, I am waiting for a consumer networking equipment vendor to make VPNs more accessible to the general audience. This will be very useful for consumers who don't want their home automation devices to be at the mercy of a cloud server somewhere on the Internet.

The Almond 3 is slated to become available later this quarter. It will retail for $119. Coupled with a sensor such as this, we believe it is a value-focused solution for the average consumer's networking and security alarm needs.