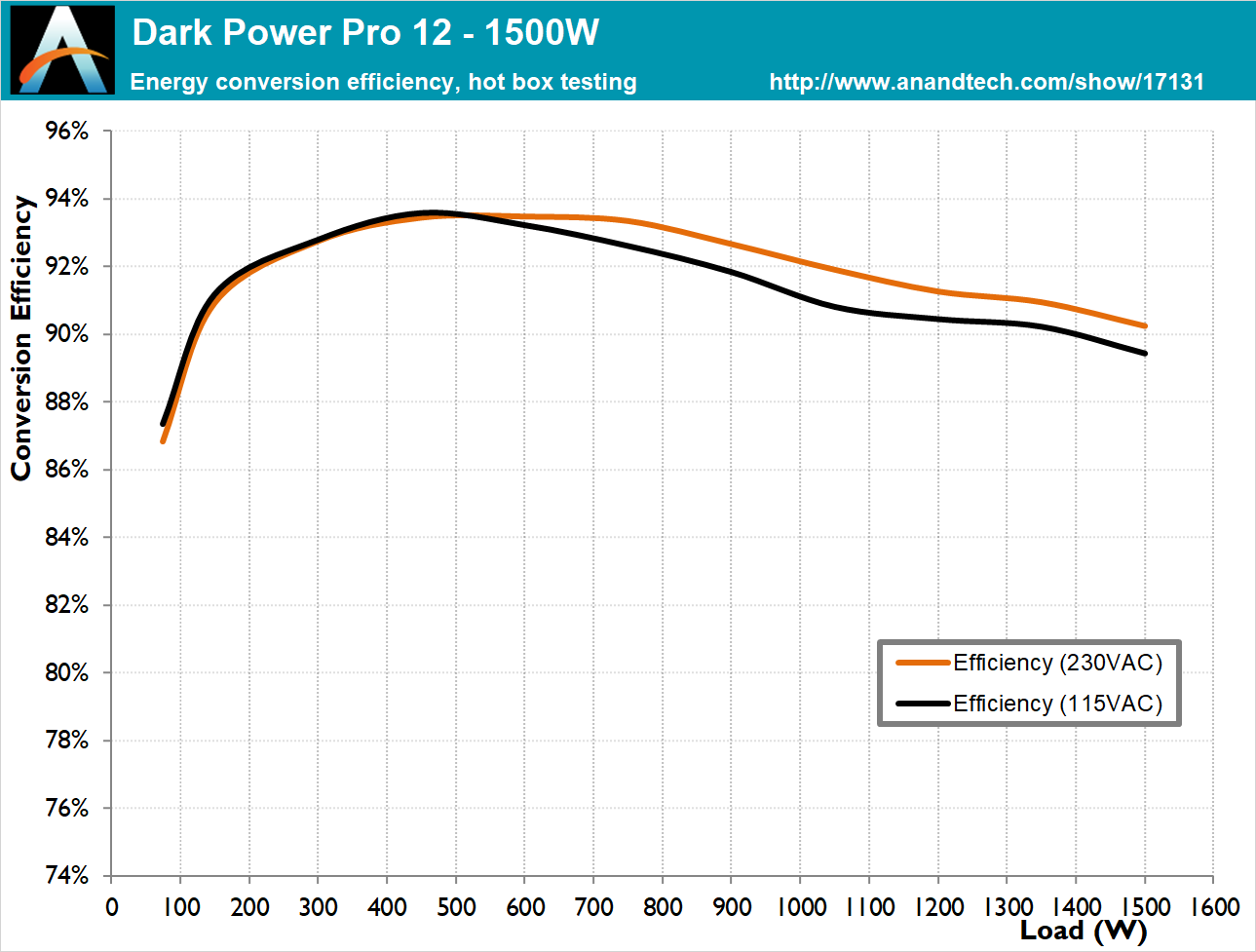 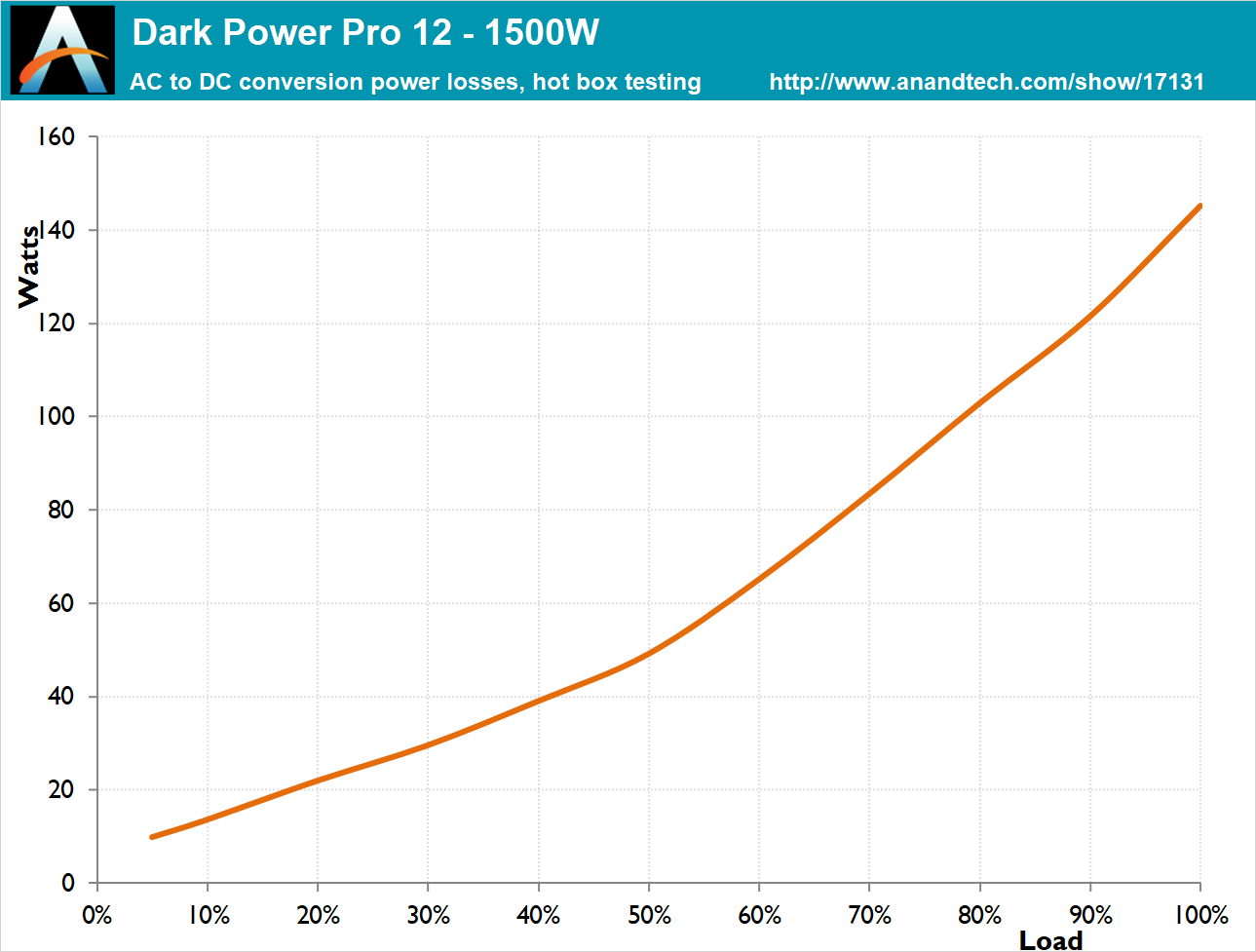 Switching to hot box testing, as expected, the Dark Power Pro 12 1500W PSU faces a very small efficiency drop when the ambient temperature is very high. That is because the active components of the unit are extremely efficient and resilient to thermal stressing, otherwise it would be practically impossible to output this kind of power with such a platform at all. The average efficiency reduction is 0.6%, with a marginally higher drop of 0.7% at 100% load. 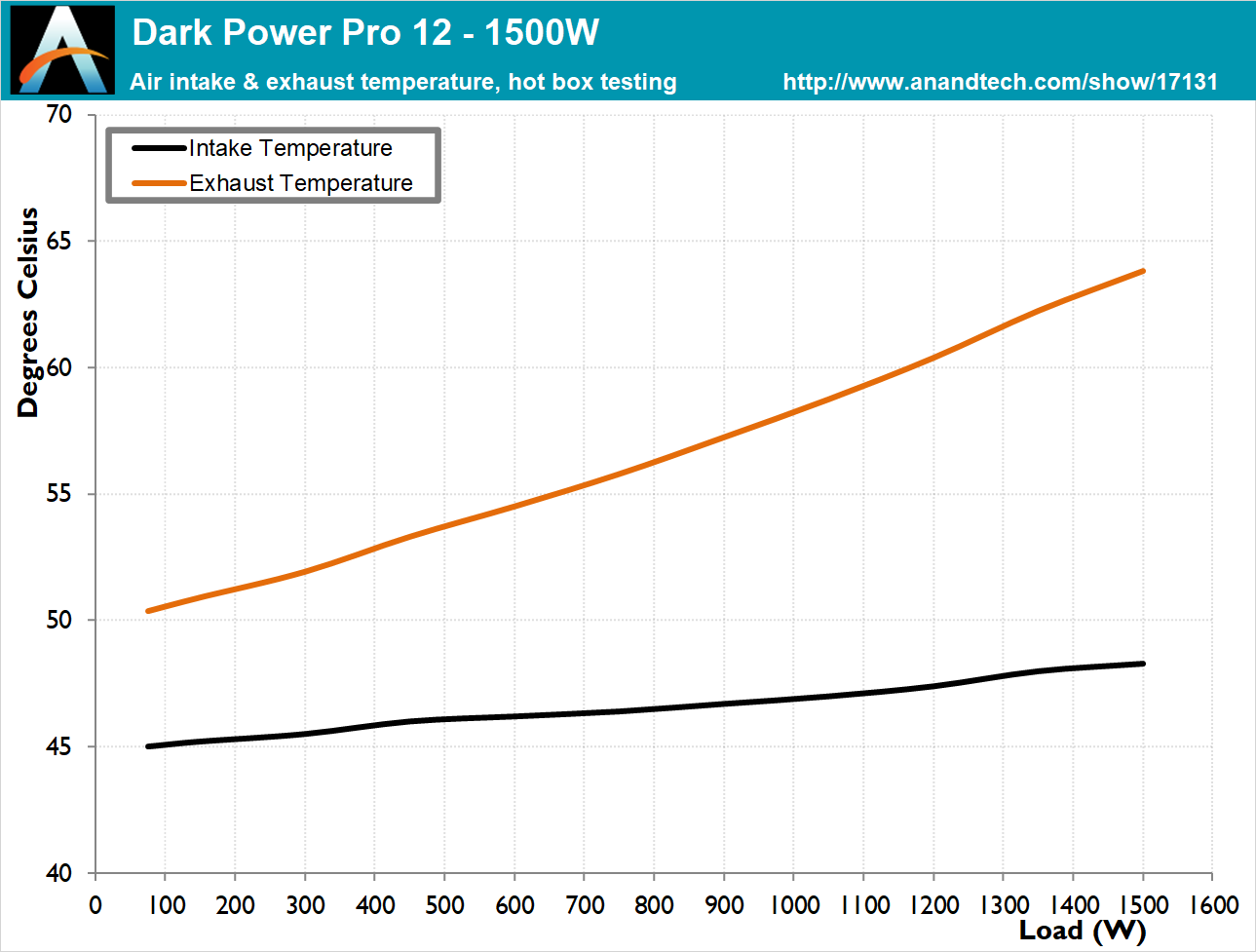 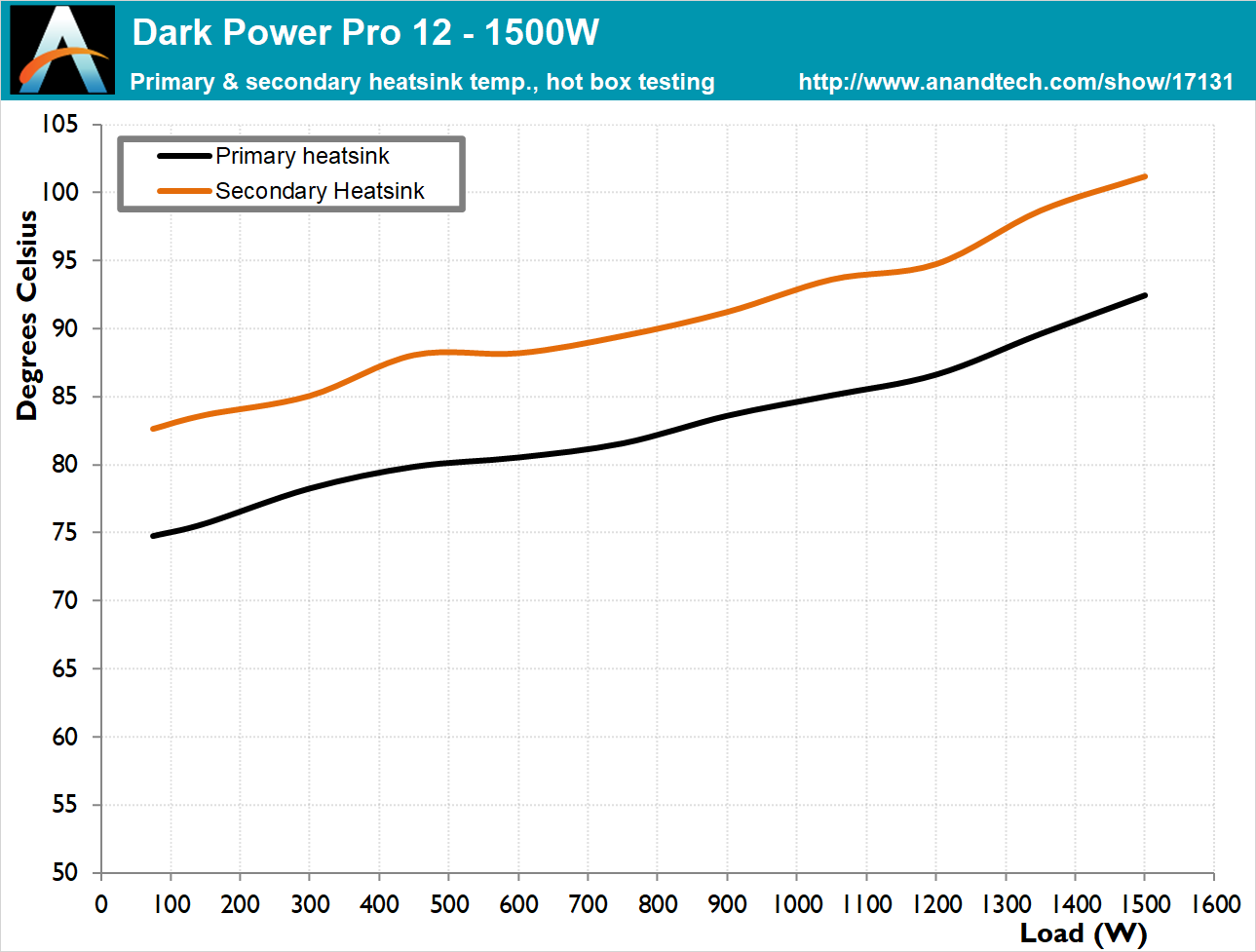 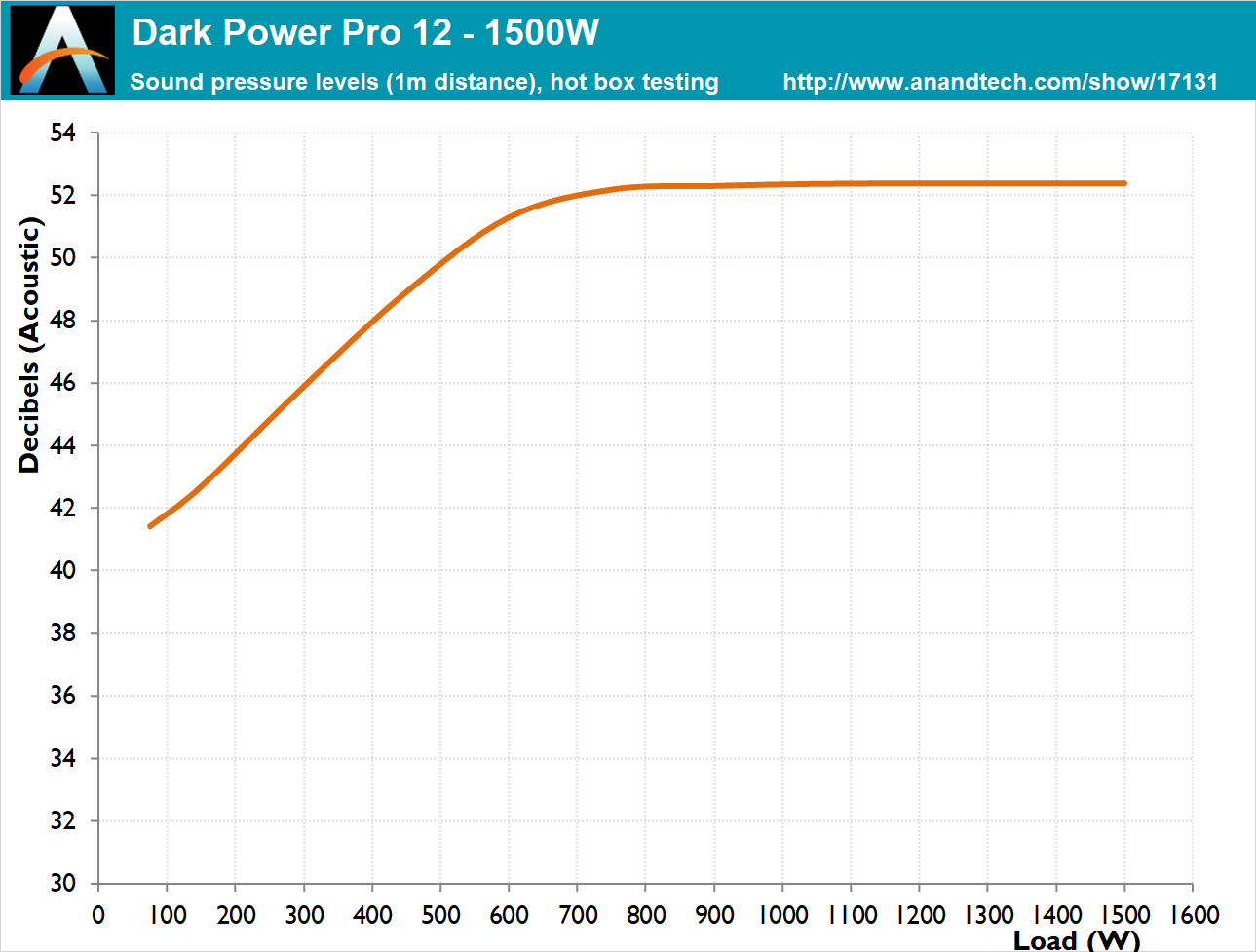 The key element behind the Dark Power Pro 12’s ability to withstand such thermal losses in such a hot environment is the Silent Wings cooling fan that, under these operating conditions, is anything but silent. The thermal control circuitry of the PSU is reading the very high temperature and reacts to it by putting the fan to work, boosting its speed up to 100% before the load is even 50% of the unit’s rated capacity. The result of this approach may be a very loud PSU but, apparently, Be Quiet!’s engineers knew better than sacrificing reliability over acoustics.